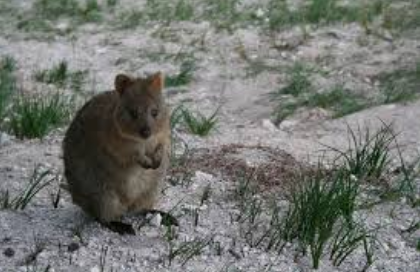 Australia is home to one of the most photogenic and selfie-friendly animals around, the Quokka. We sent our friends from Ipswich in Queensland to check these little fellas out. They took a car ride down to Fremantle, then jumped on a ferry to Rottnest Island, which is located close to Western Australia’s coastline. One reason Quokkas are popular among people looking to take photos, is that they look pretty cute. They’re a kind of wallaby and have some similarities to kangaroos, though they’re smaller. It’s important to note though that, while Rottnest Island is home to more than 10,000 of these animals, Quokkas are designated as Vulnerable animals, as per the International Union for Conservation of Nature.

How to Find Quokkas

One rather amazing thing about Quokkas is that you pretty much don’t need to look for them at all. Instead, once you arrive at Rottnest Island, there’s a good chance that a Quokka or two will already approach you. In a way, they’re utterly fearless when it comes to humans. This is another reason selfies with this animal are popular. You can simply sit tight near a Quokka, prepare your camera or phone and extend your selfie stick, and then sooner than you expect, a Quokka will amble within selfie-taking distance.

The friendliness of Quokkas, however, means that it’s important to be aware of relevant conservation rules, so that you don’t inadvertently break them and get punished. For example, people aren’t allowed to feed these animals, and there’s an immediate fine for doing so, as well as potentially further prosecution. So, even if they’re cute, and even if you’re in a hurry to have one approach you, don’t use food or even water as bait. The problem is that being fed by people can result in problematic behaviors, poor nutrition, and even the death of the Quokka. Also, people aren’t allowed to touch or play with Quokkas. This is for the safety of both people and the animals.

If you’ve seen a Quokka selfie on the internet, you’ll have an idea of just how cute these animals can be. Pictures with them are allowed, and their friendly behavior makes taking snapshots even easier. Just be sure to follow the rules so that your time on Rottnest Island will be enjoyable and problem-free.